Recent Discovery Could Rock the Blockchain

A recent discovery has the potential to rock blockchain evangelists to their core, and has analysts on edge fearing a further – and much deeper – dip in crypto markets.

While tech pundits from around the world have heralded the dawn of the blockchain era a technological development as world-altering as the introduction of the internet, some humble archaeologists excavating the tomb of a little-know Prussian prince may have inadvertently made a game-changing discovery.

This hieroglyph is referenced in the genesis block of what is suspected to be a blockchain more than 3,000 years old.

“It wasn’t quite clear what we had stumbled upon at first,” says Oxford-trained scientist Willem Teath. “But upon closer examination, it is quite clear. Carbon-dating is in process now, but our preliminary estimates date the find back to around 1,000 BC.”

What did they find?

Teath and his team suspect they have uncovered one of the world’s first blockchains. The discovery is earth-shattering as it predates what is believed to be the first blockchain by more than 3,000 years. And if blockchain is nothing new, could there possibly be a stash of billions of cryptocurrencies – with the potential to crash world crypto markets – also “hodling” under the sand in some distant locale?

“What is most stunning about the find,” Teath continues, “is that it appears it forked. It is pretty well preserved. We are hoping that we were able to remove enough to determine whether it was a hard fork or a soft fork.”

Industry influencers are abuzz with the find.

“We are quite confident that this is, indeed, among the first blockchains ever developed,” says blockchain historian Megan Westfall. “Before it was sent in for carbon dating we were given a look at it. And sure enough we found a message embedded in the genesis block. It reads: ‘The Pre-Times 03/Jan/BC/1007 HODL bitches.’ We are confident this is in reference to a contemporary hieroglyph that implored members of the kingdom to hold tight to their coin in the face of uncertain times.”

To say this is a stunning discovery is an understatement. Is Satoshi Nakamoto the genius many believe he is? Or did he stumble on an ages old technology and breathe it back to life? In this case, it seems only time will tell. 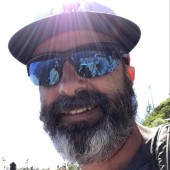 HODL On Loosely: 80’s Rock Band Back on the Scene with Crypto-Current Hit

Copyright 2017-2018 | Disclaimer - No financial advice - The content of this website is provided for educational, informational, and entertainment purposes only, without any express or implied warranty of any kind, including warranties of accuracy, completeness, or fitness for any particular purpose. The information contained in or provided from or through this website and podcast is not intended to be and does not constitute financial advice, investment advice, trading advice, or any other advice. The information on this website and provided from or through this website is general in nature and is not specific to you the user or anyone else. You should not make any decision, financial, investment, trading or otherwise, based on any of the content presented on this website without undertaking independent due diligence and consultation with a professional broker or financial advisory. You understand that you are using any and all content available on or through this website at your own risk. Risk statement- the trading of bitcoin and other cryptocurrency has potential risks and rewards. Trading may not be suitable for all people. Anyone wishing to invest should seek his or her own independent financial or professional advice.